The Next Generation of Environmental Justice Leaders Tour Cancer Alley 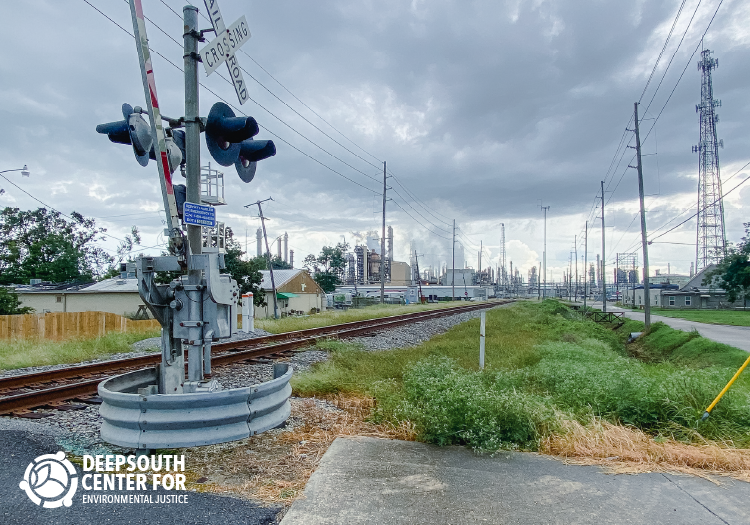 A fenceline community in Cancer Alley.​​​​​​​

​​​​​​​Four New Orleans high school students participating in the Deep South Center for Environmental Justice’s (DSCEJ) Environmental and Climate Justice Storyteller (ECJS) internship program completed a tour of Cancer Alley, an 85-mile stretch of land along the Mississippi River between Baton Rouge and New Orleans that is home to over 150 petrochemical plants and refineries. ECJS Interns, Langston Bishop, St. Augustine High School, Lael Tolbert, Mount Carmel High School, Re’Kal Hooker, The Living School, and Victoria Cager, New Orleans Center for Creative Arts met with community leaders throughout the corridor to learn more about the environmental injustices that have been occurring for decades in their own backyard. 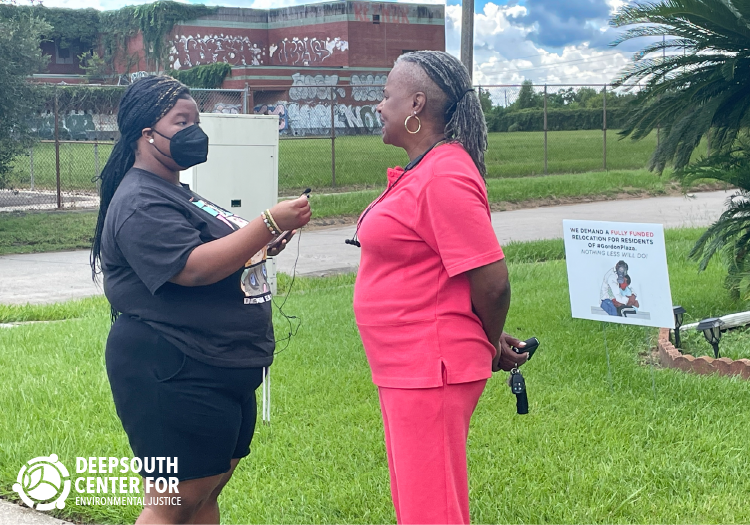 The students kicked off the Cancer Alley Tour in in the Gordon Plaza Community of New Orleans, LA, which sits on top of a municipal landfill. For forty years, residents in Gordon Plaza have complained of exposure to toxic waste in their yards, pipes corroding underneath their homes, and high rates of cancer in their community. Re’Kal Hooker interviewed community leader Shannon Rainey about her experience living in Gordon Plaza. Ms. Rainey spoke about the challenges she has experienced living in her community, such as seeing friends and neighbors succumb to cancer due to exposure to toxins in the soil. Although residents in this community have spent years in court fighting for relocation, many are hopeful that things may be different this time. Ms. Rainey said that “they are currently negotiating with the City of New Orleans for a fully funded relocation of residents living in Gordon Plaza.” She is hopeful and looks forward to a victory for the Gordon Plaza Community soon. 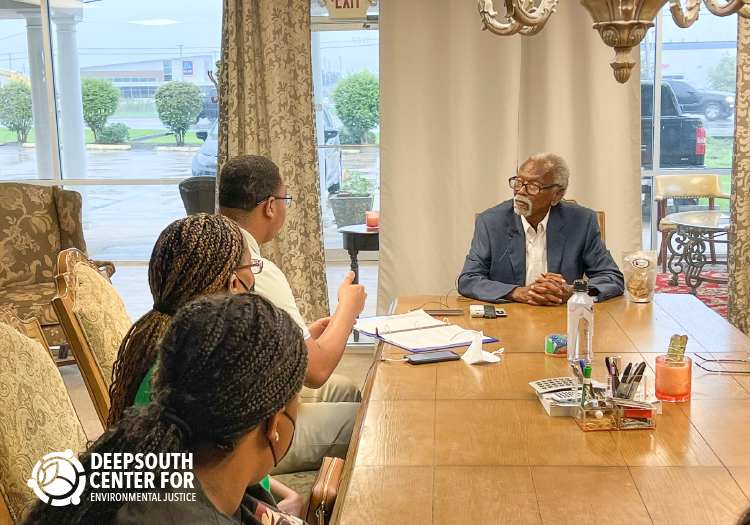 “The odors from the plant caused my wife to become extremely ill,” said Mr. Taylor. “After this incident, I reached out to the Environmental Protection Agency, Louisiana Department of Environmental Quality, and St. John Parish Homeland Security. I also reached out to local representatives from St. John the Baptist Parish and the local school board for help. The Fifth Ward Elementary School is only 1500 feet from Denka/Dupont.”

Mr. Taylor shared with Bishop that “Denka emits chloroprene levels over 400 times the Environmental Protection Agency safety standard for long term exposure,” which is why “it’s hard to find a family in Reserve, LA who hasn’t been touched by cancer.”

As a senior in his 80’s, Mr. Taylor’s advice to the next generation is to continue the fight for environmental justice with great allies.

“Unity is the key to fighting industry,” he said. 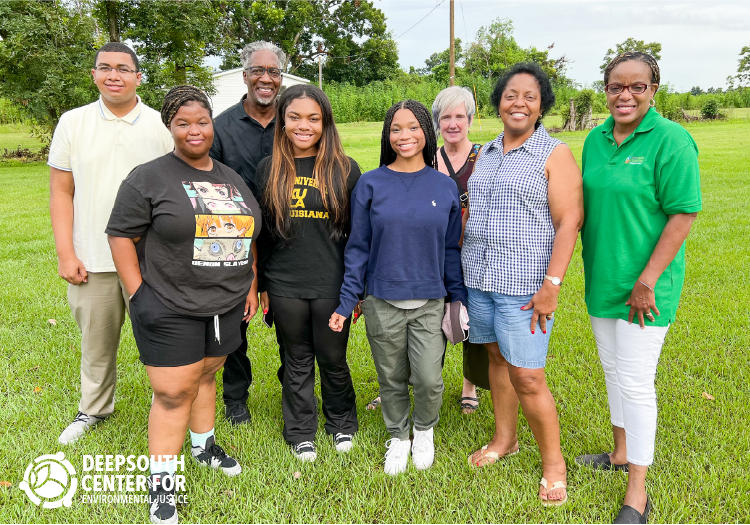 Ms. Lavigne said, “the local officials don’t represent the community, they represent the industries. They have let us down.” Rise St. James has hosted town hall meetings and distributed flyers to raise awareness about plants coming into their community. Unfortunately, residential homes, the sugar mill, and St. James High School were sold to industry.

There are twelve plants on the West Bank and seven plants on the East Bank of St. James Parish. Additionally, Lavigne built storage plants next to homes in the community. As a result of the long-term exposure to toxic chemicals and high cancer rate in her community, Ms. Lavigne encourages the next generation to get their education and do their research so that they can come back to St. James Parish with ways to help their community. She would also like the federal government to declare a public health emergency in St. James Parish.

ECJS Interns look forward to continuing their work with these communities as they develop creative ways to chronicle their story as they demand the right to clean air, water, and soil for all.
​​​​​​​
About the Environmental and Climate Justice Storyteller Internship program
ECJS is a program funded by the National Academy of Sciences, Engineering and Medicine (NASEM). The $1.25 million, five-year grant awarded to the Deep South Center for Environmental Justice (DSCEJ) is dedicated to equipping the next generation of environmental and climate justice leaders with the technical skills to chronical the stories of marginalized communities along the Gulf Coast Region in LA, FL, MS, AL, and TX.